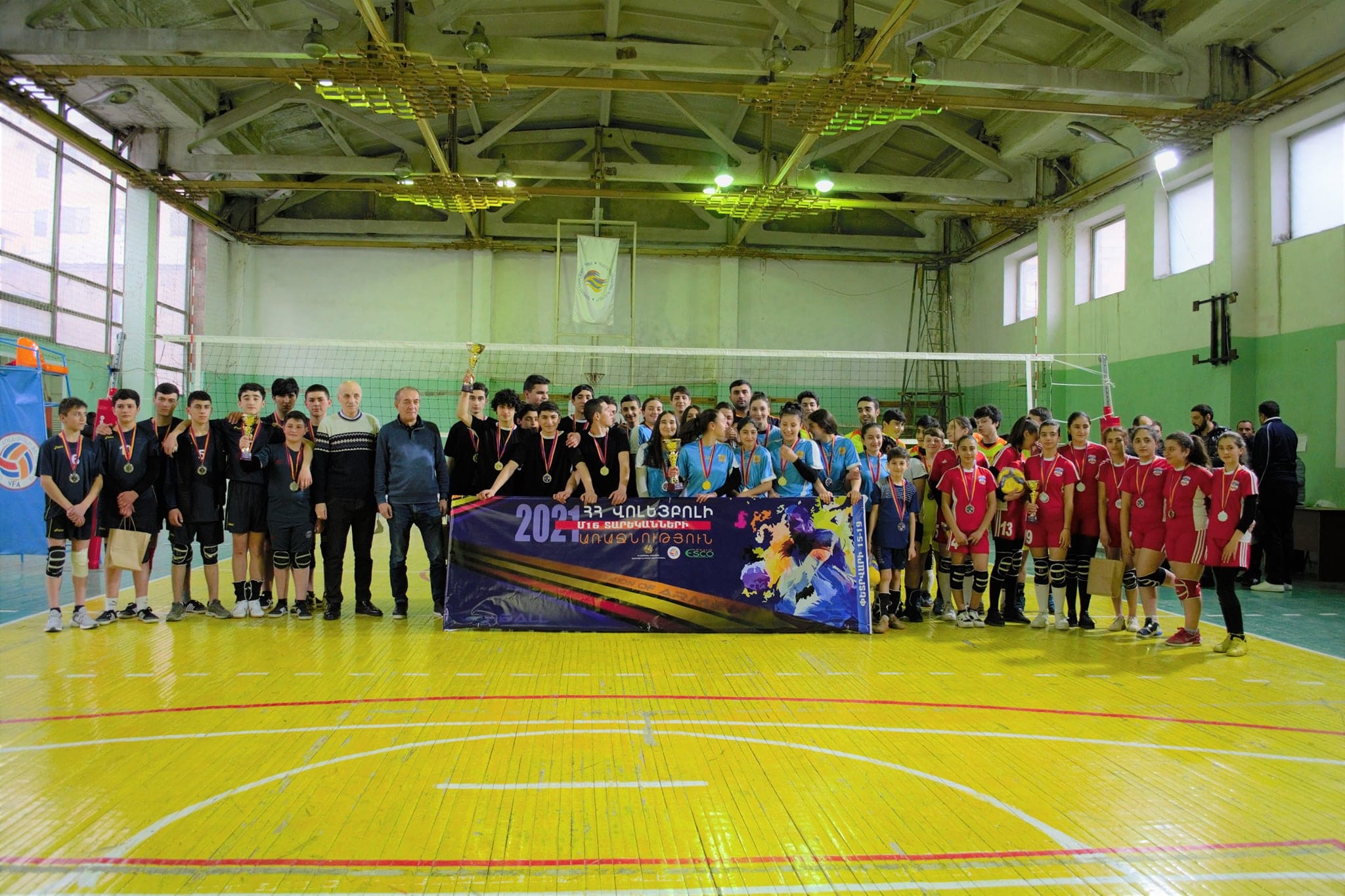 Yerevan, Armenia, February 20, 2021. As many as nine men’s and six women’s teams featured in the U16 national championship hosted by the Volleyball Federation of Armenia (VFA) from February 15-19 in Yerevan

Posted at 22.02.2021
The competition included a pool stage, followed by semis and final matches. The teams played with much determination in the group stage in an effort to progress to the later phases of the tournament. Vanadzor beat Sisian 2-0 in the men’s gold medal match, with Shengavit ending in third place, after registering a 2-0 victory over Team Arabkir in the ‘small final’.
The top teams from the tournament received cups, medals, certificates, balls and special gifts. A number of members of the VFA Board of Administration and guests were present at the award ceremony. Arthur Sedrakyan, Head of the Higher Achievements Department of the Ministry of Education, Science, Culture and Sports, awarded the winners of the women’s competition, Team Avan. The VFA President, Hrachya Muradyan, presented with the gold medals and trophy the winners of the men’s tournament, Team Vanadzor.VFA Secretary General Karen Asmaryan mentioned in his speech that the Armenian U17 men’s national team would participate in the EEVZA U17 championship coming up in Georgia in March – which counts as a European qualifier as well. The players who showed the best performance in the competition held in Yerevan would compose the Armenian selection for the upcoming event in the neighbouring Caucasus country. Finally, Mr Asmaryan wished all such players much success in their endeavours while representing Armenia in international competition.