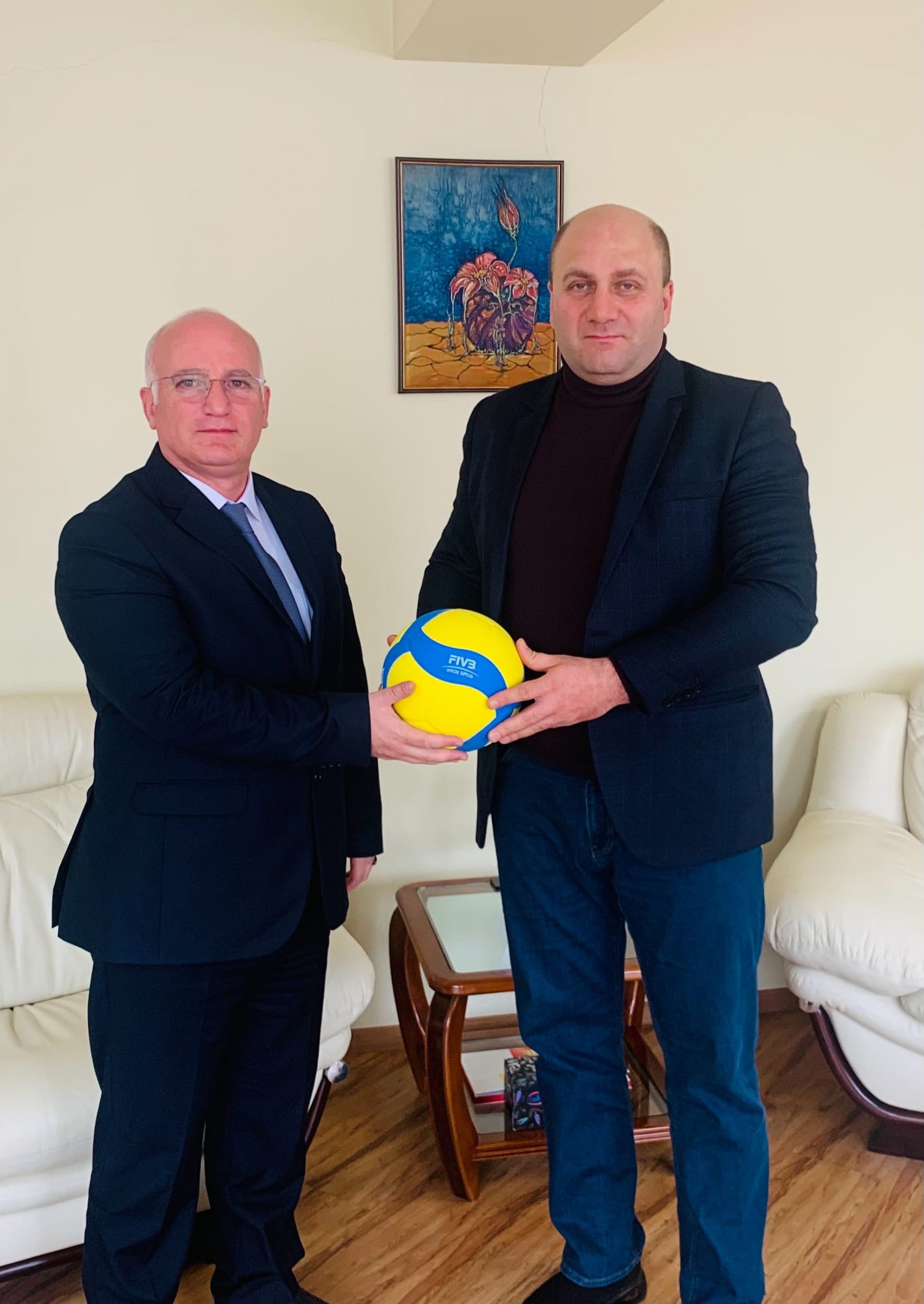 Mr Karen Asmaryan hosted the Governor of the Kotayk Province of the Republic of Armenia, Mr Mesrop Mesropyan

Posted at 04.03.2021
On Monday, the Secretary General of the Volleyball Federation of Armenia (VFA), Mr Karen Asmaryan hosted the Governor of the Kotayk Province of the Republic of Armenia, Mr Mesrop Mesropyan, for a meeting aimed at discussing ways to promote the development of the Volleyball game in the region. Moreover, the two officials exchanged views on actions likely to lead to the establishment of more Volleyball clubs and teams.

Mr Asmaryan emphasised the key role played by the CEV School Project, which has already helped grow the Volleyball game across the Kotayk Province, with the Volleyball Federation of Armenia devising plans to expand the programme even further. Mr Mesropyan did welcome the idea with much enthusiasm, with two Volleyball festivals now planned for the near future in the secondary schools of Hrazdan. Moreover, Mr Asmaryan reviewed the VFA plans to establish a Beach Volleyball Academy in Kotayk Province.

The two parties agreed on the importance of organising such meetings and they will reconvene during the Kotayk Regional Youth Volleyball Championship scheduled for March 29-31 in Yeghvard.